The killing of six Italians in the German city of Duisburg has thrust into the spotlight the shadowy world of the ‘Ndrangheta, whose tentacles have spread far beyond their rural origins in Calabria, in southern Italy.

The six men, one of whom was reported to be only 16 years old, were sprayed with machine gun bullets moments after they left a pizzeria in the western German city.

Based on the strong blood ties between interlinked families, membership of the ‘Ndrangheta – which means “Honoured Society” – is believed to number in the tens of thousands.

“It is disturbing – firstly because of the sheer number of dead,” the acting director of Italy’s National Anti-Mafia bureau, Carmelo Petralia, told the BBC news website.

He said Italy had been aware for some time of how the ‘Ndrangheta was using its business activities in Germany to launder the proceeds of its criminal activities at home, far from the prying eyes of the Italy’s mafia investigators.

“We knew that the ‘Ndrangheta had deep links to Germany and that these were connected to money laundering,” Mr Petralia said.

The criminal organisation has interests in the illegal drugs trade as well as construction and infrastructure.

The bulk of Europe’s cocaine is reported to pass through the channels it controls and the ‘Ndrangheta has offshoots and links with crime groups in South America, Canada, Australia and eastern Europe.

Crime scene in Duisburg, Germany
The ‘Ndrangheta often use restaurants to launder money

But the Duisburg murders are the latest twist in a bloody feud with origins in the Calabrian town of San Luca, whose houses hug the feet of a mountain known as Aspromonte – or harsh mountain.

It dates to carnival celebrations in 1991 when eggs and insults were thrown between rival clan members. A fight broke out which left two young men dead and another two injured.

The ensuing feud between the Pelle-Romeo and Nirta-Strangio families sparked a series of tit-for-tat killings.

It bubbled up again last year when, on Christmas day, 33-year-old Maria Strangio was shot dead on the doorstep of her home in San Luca.

But, according to Mr Petralia, there may be another explanation beneath the surface: “The feud… masks criminal clashes and a fight to gain hegemony over all the group’s criminal activities,” he said.

The pattern of killings, many of which have take place on Catholic feast days and celebrations – 15 August marks the feast of the assumption of the Virgin Mary – have left the Calabrian police bracing themselves for the next vendetta killing.

The ‘Ndrangheta’s structure is both its weakness and its strength, says Mr Petralia.

Its family-based structure means that it is very difficult for the police to penetrate but also, that when feuds flare between rival families, they are difficult to extinguish.

“Traditionally, the Cosa Nostra is a hierarchy – a pyramid-shaped structure that reaches an apex.

Yet the two organisations, based on opposite sides of the Messina Strait separating the island of Sicily from the mainland, have collaborated and co-operated, developing different criminal specialities and avoiding treading on each other toes.

“The ‘Ndrangheta began with the trafficking of contraband after the war and then this developed into kidnapping. There was a series of high-profile kidnaps in the 1970s. These were very lucrative and these funds were reinvested in drug trafficking,” Mr Petralia said.

Italian investigators have already flown to Germany where they will be working closely with local officials, hoping to share their knowledge of a group whose influence extends far beyond Italy’s borders. 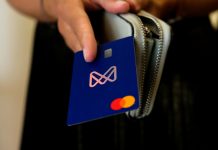 Let’s Get Dressed For School